How to reverse the arrow of time

In the 1970s, American physicist Stephen Hawking wrote about the reversal of time's arrow, claiming it could happen in a very dense point of maximal entropy, i.e. in the hot model of the Big Bang. 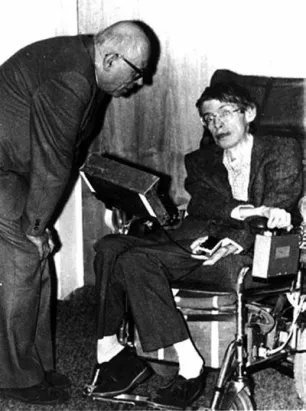 Sakharov did not agree with this view and disproved Hawking when they both met at the International Seminar on Quantum Gravity, Moscow, in May 1987.

Sakharov explained to Hawking that entropy always grows with time (both are directly related) and that the arrow of time can reverse only if entropy reaches a minimal state, i.e. zero. Hawking was forced to agree with Sakharov's demonstration. You can read the complete story in this article.

For this reason, Sakharov advocated for a "cold model" of the Big Bang after this idea, since an initial singularity with no particle motion would enable the CPT reflections of his twin universe model.

Sakharov also showed that the arrow of time could reverse a second time in a distant future, when all baryons in the universe would have decayed, reaching another state of minimal entropy.

But Sakharov didn't take into account – neither did Hawking – a variable speed of light. Especially in the very high energy density state right after the Big Bang. This changes everything, as an infinite speed of light allows the reversal of time's arrow when entropy reaches a maximum value, as shown below.

In the Janus model, going back in time toward the ultra hot dense state of the Big Bang, temperature, entropy, pressure and speed of light all increase to infinity. The light cone and the arrow of time normally look like a Japanese umbrella. As \(c\) increases when we go backwards in the course of events toward the Big Bang, the light cone becomes flatter and flatter, until it becomes a disc at the origin when the speed of light becomes infinite. Then it can reverse like an umbrella blewing inside out in a gust of wind. The "handle of the umbrella", i.e. the arrow of time, then reappears in the opposite direction:

Sakharov considered the Janus point as a "singular point". But there is no need to make this junction point a singularity. In the 2D figure above, the singularity is replaced by a small throat circle (that would become a throat surface in 3D) linking the two spacetimes together, that would still enable CPT symmetry.

How the speed of light vary in the Janus model without breaking the laws of physics will be explained in the next page "Variable Speed of Light" (work in progress).

Appropriation as a newly discovered concept

These days scientists are rediscovering Sakharov’s seminal idea,  1 2 3 4 5 playing with computer simulations. They now claim that the reversal of time's arrow following from a minimal entropy state at the Big Bang gave birth to twin universes with two opposite arrows of time, emerging from the same gravitational singularity!

The problem is, such famous researchers all claim this concept to be their own original findings. Let's be clear: groundbreaking scientific ideas are meant to be spread and popularized at a large scale. But strangely enough, Andrei Sakharov’s prior work fifty years earlier is nowhere to be found in the references of such 'new' work, yet alone the Janus cosmological model, mainly developed by Jean-Pierre Petit since the 1970s.

See for yourself: In 2004, two scientists at Caltech, Prof. Sean Carroll and his graduate student Jennifer Chen, proposed a Newtonian simulation modeling the Big Bang that produced two universes, one a mirror of the other. In one universe, time appears to run forwards while in the other, time runs backwards (at least from our perspective).  6 An unpublished work yet advertised as groundbreaking in many places such as Wired or PBS and a book by the main author.  7

Carroll then teamed with Alan Guth to propose a refined model focusing on thermodynamics (and not gravity)  8 that is still unpublished in the peer-reviewed literature, although being publicized in each news article about the reversal of time's arrow. "We call it the two-headed arrow of time,” Guth told New Scientist.

Last but not least: Julian Barbour's paper  9 properly published in 2014, in which he presents his original idea that entropy and gravity make the arrow of time reverse at the Big Bang, possibly creating a 'mirror universe' before the 'beginning of time'… Barbour also wrote a forthcoming book whose title is… The Janus Point.  10

These independent published or unpublished work have been largely publicized on the web in various news articles here or there for example. In 2020, Barbour's work on the reversal of time's arrow making a mirror universe has been advertised by the BBC:

Besides these work focusing on the intimacy between the arrow of time, entropy and gravity, same kind of issue arose recently in the field of particle physics with the work of a team of researchers lead by Neil Turok, former director of the prestigious Perimeter Institute for Theoretical Physics, about a CPT-symmetric universe populated by antimatter going backward in time  11 (publicized e.g. here or there) that Andrei Sakharov already invented, with no citation of the late Russian physicist… Alas, hiding prior work in a shadow universe is an unpleasing underlying trend in the peer-reviewed literature and the media.

Yet it seems finally that the reversal of the arrow of time has come!